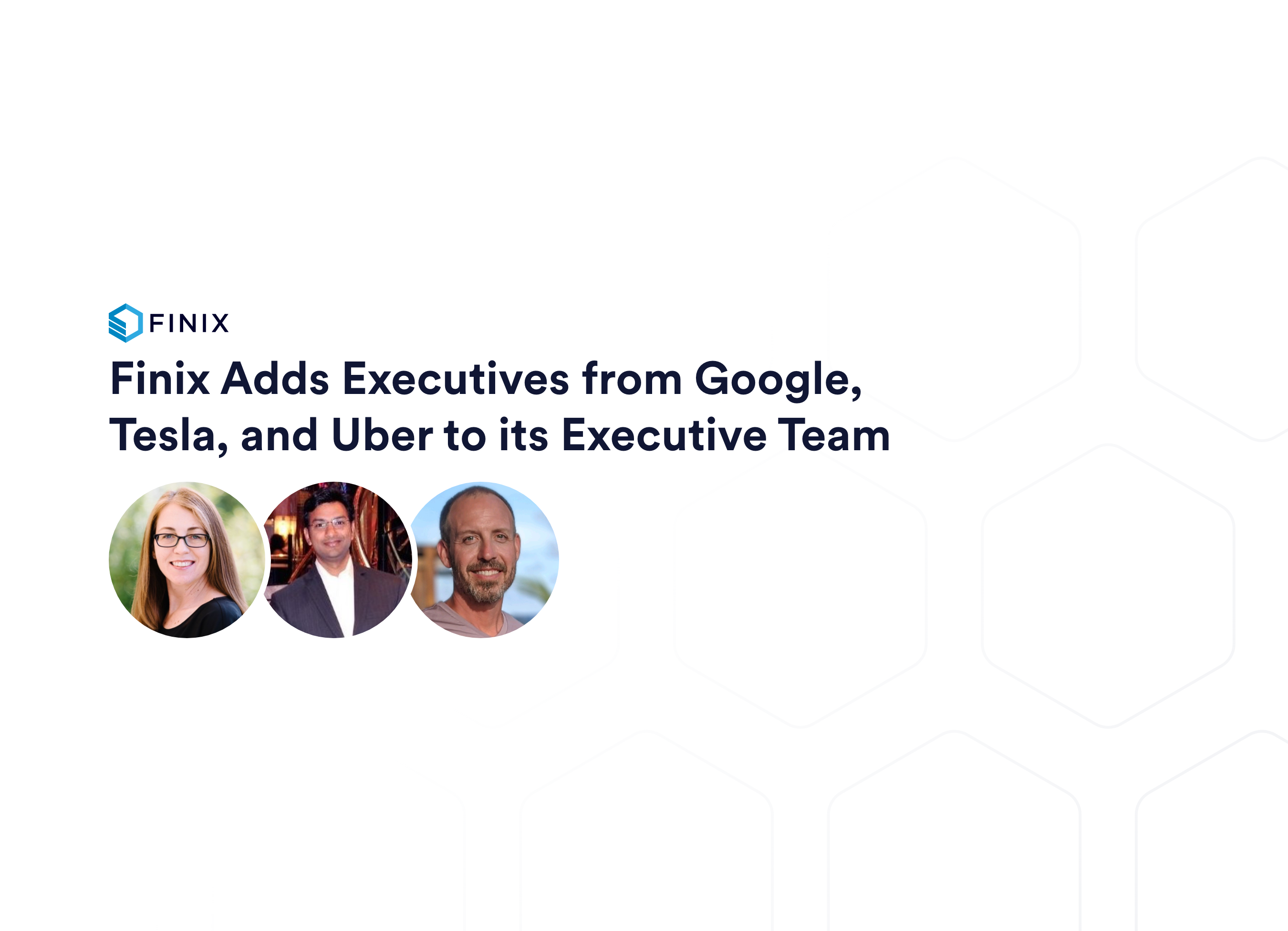 Finix Adds Senior Leaders from Google, Tesla, and Uber to its Executive Team

By Carolyn Reynolds
We aim to make every software company a payments company. That’s a big job. To get it done, we need to have ambitious, talented, and experienced people to lead the team. That’s why today, we are so proud to share that we’re building a top-notch C-suite in line with our growth and representative of our company culture.
Over the last few months, we’ve hired three incredible senior executives to the roles of Chief Technology Officer, Chief Operations Officer, and Senior VP of Revenue. Our newest leaders are seasoned executives with experience building, operating, and growing some of Silicon Valley’s most notable companies. We’re thrilled to introduce:

Fiona is an operations executive with an impeccable resume. She spent a decade as an Officer in the Royal Australian Air Force and another decade in the UK managing investment services and credit ratings throughout Europe. Fiona has spent the last fourteen years in the United States structuring and optimizing operations at technology companies. From Visa’s and Solar City’s IPO to Solar City’s acquisition by Tesla to her most recent role as Marqeta’s SVP of Operations, Fiona brings Finix a wealth of experience managing high-growth, global operations.

You probably use a piece of software Ramana helped create. He was a founding member of Microsoft Office 365 and the head of engineering for Google Play Search. He led Software infrastructure Engineering at Uber and was most recently the Head of Data Platforms & Products at Two Sigma, a renowned quantitative hedge fund. He led pioneering data initiatives leveraged by 1,000+ engineers, researchers, and Two Sigma fund portfolios to drive oversize returns. At Finix, Ramana’s ability to deliver customer-focused products, harness complex data, and scale globally will be invaluable.

Adam is an internationally experienced executive and entrepreneur who has invested more than 20 years building global technology companies. Before Finix, Adam was the Chief Revenue Officer for Gloo. Prior, Adam was an early employee at Google Cloud, where he spent eight years building and leading teams across the US, Europe, Middle East, and Africa. During his tenure, he helped grow Google Cloud to $8B in revenue. Adam has a proven track record of scaling businesses from a small startup to a global technology powerhouse. This first-hand leadership will be crucial as he helps accelerate Finix’s growth.

Do you want to join our passionate, talented, and quickly growing team? We’re hiring payments people of all types and would love to hear from you.