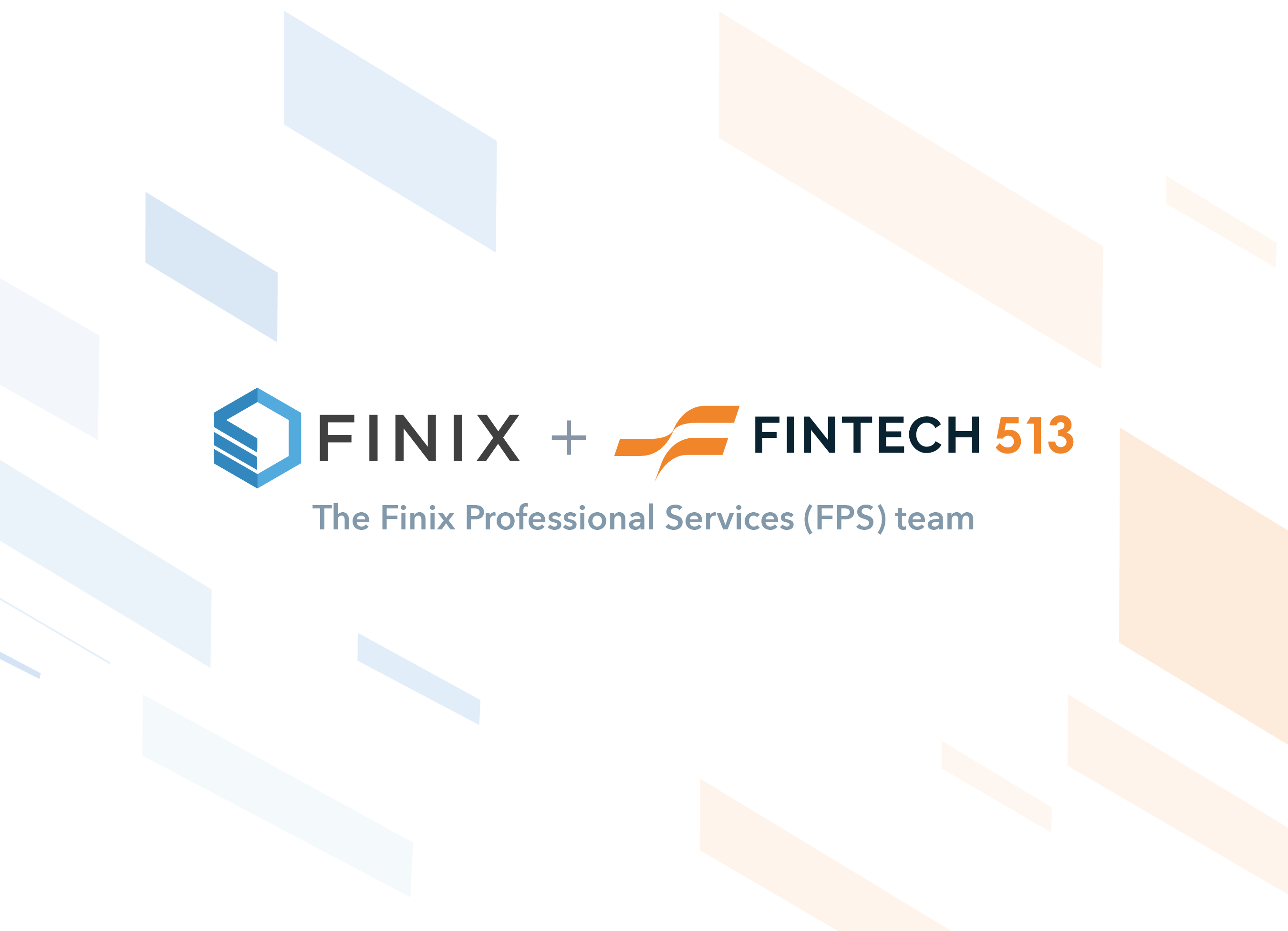 We’re excited to announce that the team behind Fintech 513, a Cincinnati-based payments advisory and consulting firm, will be joining Finix full-time to launch Finix Professional Services (FPS), a new offering that will accelerate speed-to-market for software companies and ISVs looking to become payment facilitators.

Fintech 513 has advised over 75 clients–including public financial institutions and some of the most valuable private fintech companies in the world–as they’ve navigated their strategic payment options. Clubessential, for example, is a SaaS platform for country clubs that enlisted the help of Fintech 513 and eventually chose Finix as their payment infrastructure provider all in an effort to become a payment facilitator. By working together, Fintech 513 and Finix were able to lean on each other’s strengths to help Clubessential take control of their payments.

But it’s not always that easy. Over the past year, we’ve seen some clients struggle to put together the risk policies and merchant review procedures needed to be approved by an acquirer as a payment facilitator. I can empathize. Before starting Finix, I worked as an engineer at Balanced, one of the first payment facilitators in the world. Although, our technology was considered cutting-edge and our transaction volume was growing rapidly, we struggled to find an acquiring partner that would work with us in those nascent days of payment facilitation. That was until we met the team at Vantiv (now Worldpay by FIS). They were consultative, creative, and hard working.

Luckily, the Fintech 513 team is made up of many of these same former Worldpay/Vantiv executives that literally wrote the book on the payment facilitation model when it was being created nearly a decade ago:

We’re thrilled to have the Fintech 513 team come onboard and launch Finix Professional Services. Our goal with FPS is to bring best-in-class payments technology experience (from our team’s background at PayPal, Klarna, Veem, and Balanced) and world-class operational, legal and compliance expertise together under one roof to provide a full suite of services to both existing clients [1] who want to get up to speed faster, and to new clients who want to understand how to own, manage and monetize their payments stack.

Get in touch with Finix Professional Services to learn more about becoming a payment facilitator.