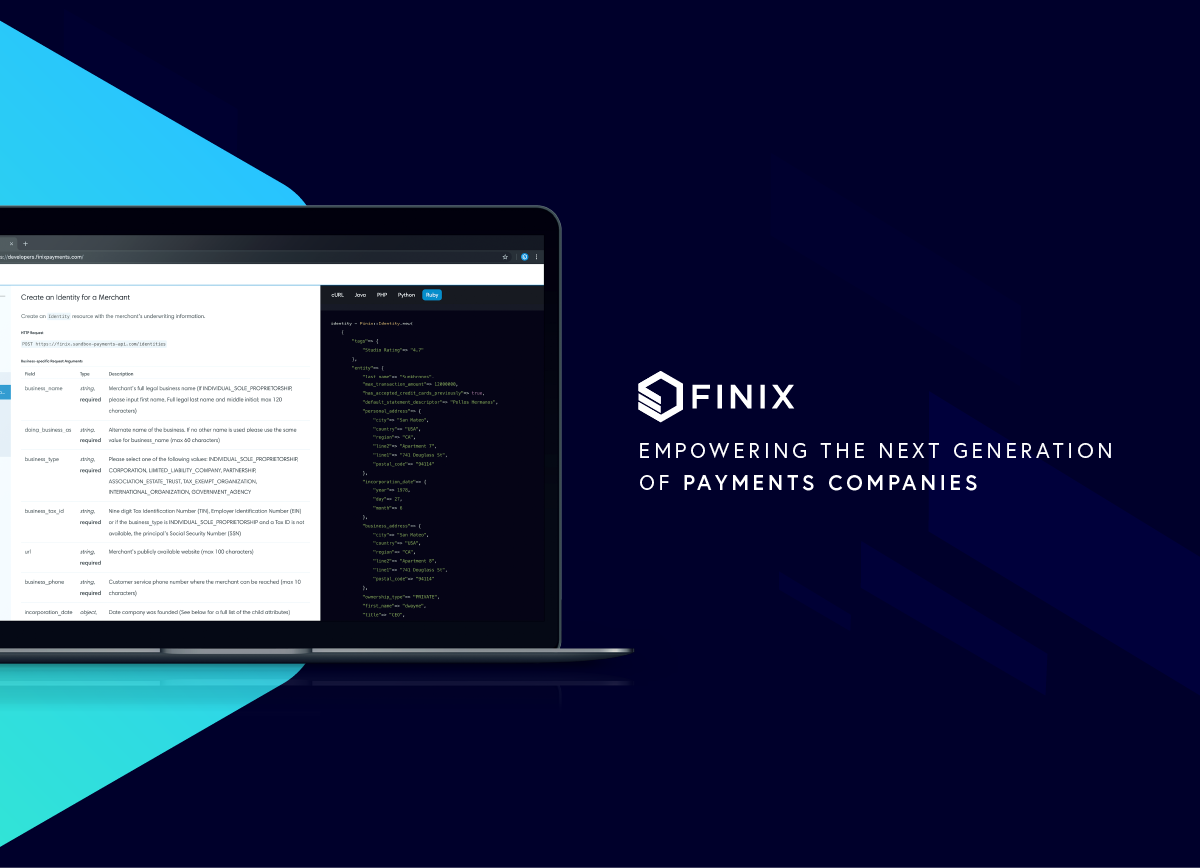 Updates to Finix's Series B

tl;dr: Finix adds former U.S. Secretary of Commerce Penny Pritzker to its board, raises an additional $10M, and parts ways with Sequoia Capital.

On February 4, we announced our $35 million Series B financing led by Sequoia Capital. Shortly after the announcement, Sequoia informed us they had a conflict of interest due to their previous investment in Stripe. In order to resolve the conflict, Sequoia offered to return their equity, board seat, and information rights to Finix. We accepted and, in addition to keeping the funds provided by Sequoia, used a portion of the returned equity to raise an additional $10M, led by Inspired Capital, along with PSP Growth, and others. This brings our total funds raised in the past twelve months to more than $60M.

Pat Grady, the partner at Sequoia who led our Series B, explained: "While we’d previously concluded that Finix was not a direct competitor to any existing portfolio companies, after making the investment we came across a variety of small data points that collectively painted a different picture of the market. This decision had nothing to do with Finix, and everything to do with Sequoia’s desire to honor our commitments. It is incredibly difficult to part ways with Richie, Sean, and their team at Finix. They are exceptional people and leaders, and their future is bright."

We appreciate Sequoia’s speed in dealing with this situation and respect their commitment to doing what’s right for their portfolio companies. They’ve been extremely transparent and helpful throughout this process. While the changes to our relationship with Sequoia were unexpected, we’ve never been more fired up about the future of Finix and our position in the market!

In addition to raising another $10M to pursue our vision, we’ve added former U.S. Secretary of Commerce and founding partner at Inspired Capital, Penny Pritzker, to our board. Penny is the founder/chairman of PSP Partners and serves on the boards of Harvard and Microsoft. Alexa von Tobel, Penny’s founding partner at Inspired Capital, has also joined our board as an observer. We are incredibly excited to have Penny and Alexa join our board.

Penny and Alexa bring a wealth of experience and knowledge of the many industries we serve given their backgrounds as investors and entrepreneurs. They’ve founded several investment firms and nearly ten companies between them and know first-hand what it takes to scale successful businesses. Penny’s background as Secretary of Commerce is particularly interesting as she was President Obama’s point person on business and entrepreneurship and was his chief commercial diplomat around the world. From my earliest conversations with her, it was clear she deeply understands the valuable role payments play in the global economy and acknowledged how good infrastructure can improve the livelihoods of small businesses owners everywhere. We’re thrilled to have Penny and Alexa’s guidance and support as we enter our next phase of growth – they see the large market potential of our company.

Penny is excited to join forces with our team. In her own words: “Finix is an innovative, potentially market-changing company. In addition to the company’s cutting-edge technology, Alexa and I believe Finix has a strong leadership team committed to transforming how companies are able to facilitate and process payments. Finix gives companies the flexibility to configure the perfect payments stack for their business and deliver a seamless payment experience, quickly and cost effectively -- and to run the entire experience through a single platform of record. We are very bullish on Finix’s future.”

We are growing incredibly quickly – our transaction volume grew 20x during 2019. We are obsessively committed to building the best payments infrastructure on the planet for customers like Lightspeed POS, Kabbage, Passport, and more. We have amazing investors like Satya Patel of Homebrew, Matt Harris of Bain Capital Ventures, and Theresia Gouw of Acrew Capital in our corner. With the additional equity, capital, and backers, we will continue hiring outstanding people, delighting our customers, and expanding internationally as we pursue our vision of turning every software company on the planet into a payments company.